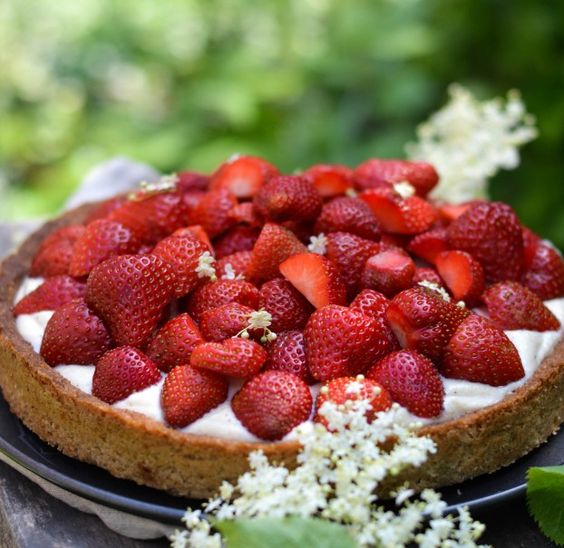 Nothing sounds better than a delicious and refreshing berry pie as summer approaches and the days get longer and warmer.

But let’s face it: The traditional version can be filled with refined sugar and flour, leaving you with a sugar high and a bloated belly.

That’s why I decided to take the strawberry pie recipe that I already had and give it a healthy twist.

I swapped out the shortcrust for an almond-based crust. I used a date romance to replace the sugary Mazarin, and I used high-quality chocolate.

A delicious and nutritious strawberry tart that is perfect for any summer gathering.

This pie may seem a little complicated with all the different layers. But trust me, it’s really quite simple.

The chocolate almost melts on its own and the crust takes only 15 minutes to make.

Plus, you can make the entire crust ahead of time and store it in the refrigerator for a few hours or days.

Making the custard is almost easier than buying it, and the whipped cream and strawberries are the icings on the cake. 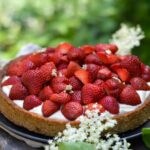 Print Pin
No ratings yet

For a vegan and paleo alternative simply replace the vanilla and lemon cream with whipped coconut cream flavoured with lemon and vanilla – and use the vegan alternatives for fat (here coconut oil) and plant based milk. 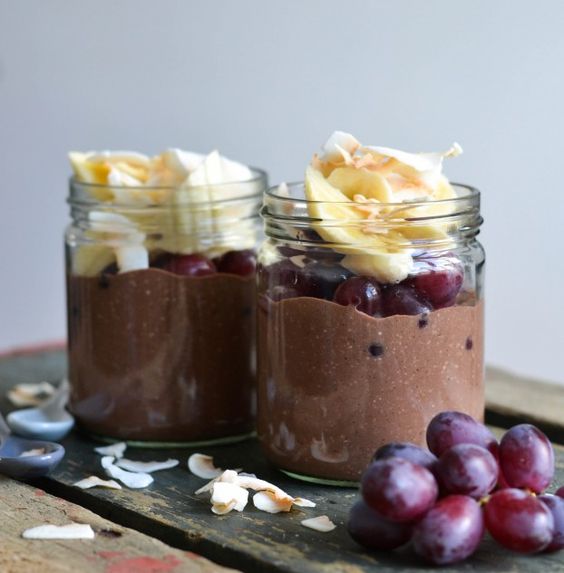 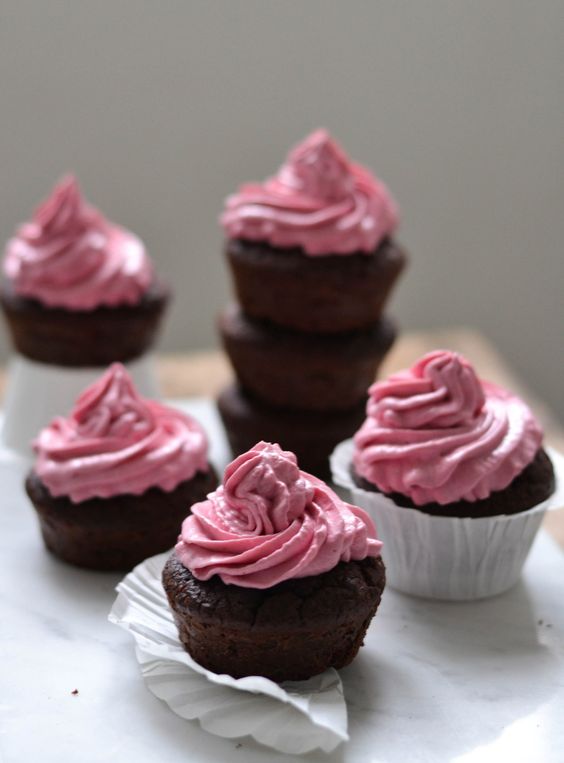 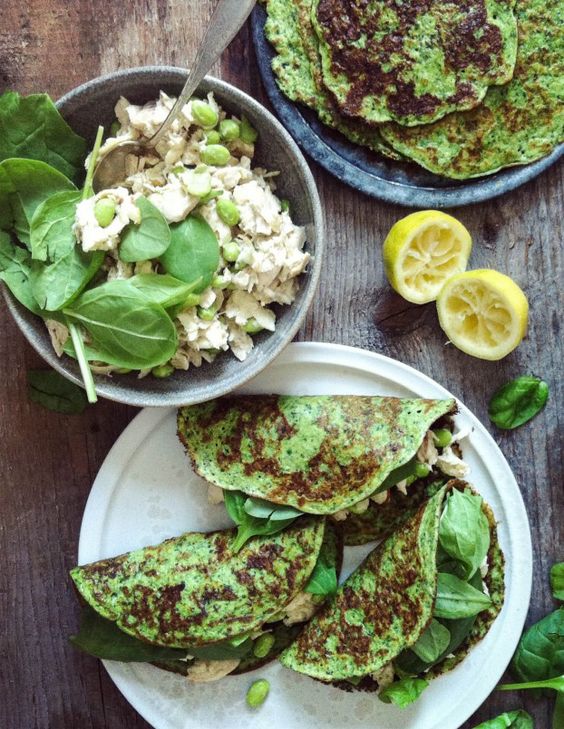 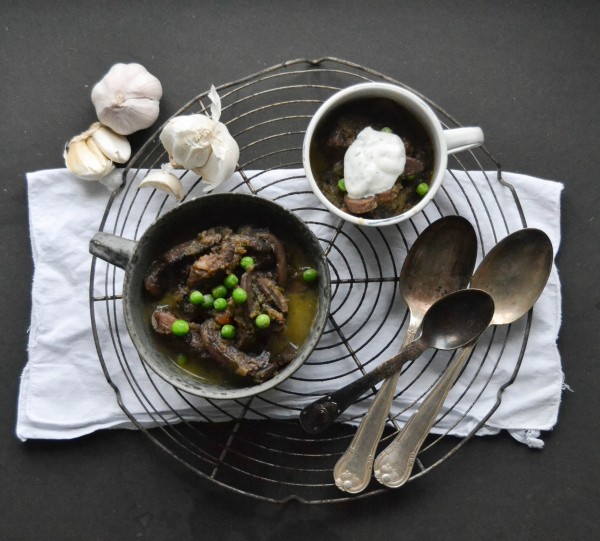 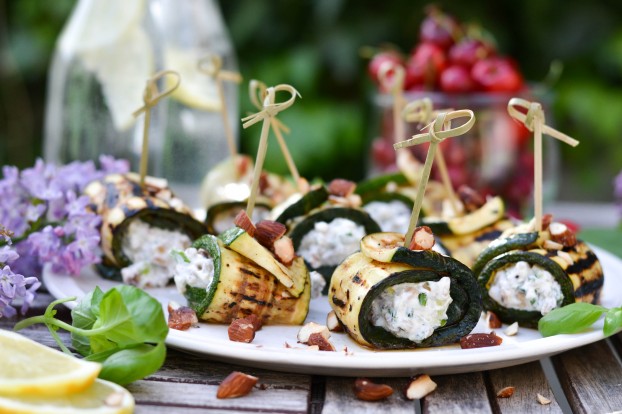 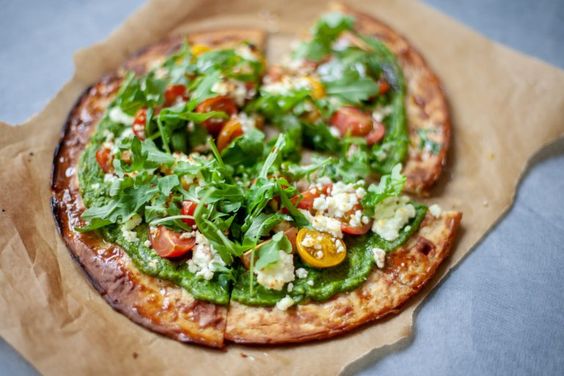 Pizza with Cauliflower Crust & Creamy Goats Cheese
Manage Cookie Consent
We use technologies like cookies to store and/or access device information. We do this to improve browsing experience and to show personalized ads. Consenting to these technologies will allow us to process data such as browsing behavior or unique IDs on this site. Not consenting or withdrawing consent, may adversely affect certain features and functions.
Manage options Manage services Manage vendors Read more about these purposes
View preferences
{title} {title} {title}